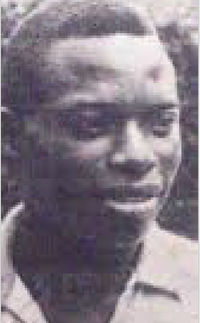 Mwila went to Perseverance Primary School in Ndola, where his father was a teacher. He later moved to Kanini Primary School and was the stand out player for Kanini. His father later sent him to boarding school at Chiwala Secondary and while there he featured for Ndola Lime and was one of their best players.[2]

In 1990, he joined Abram Mokola’s Vitafoam United but only stayed with them for a season and moved on to the top Zambian club at the time, Nkana Red Devils. Despite the star-studded line-up, Numba fit in without problems, rubbing shoulders with big names like Kenneth and Mordon Malitoli, Gibby Mbasela, Amos Bwalya, Stephen Mwansa, Dennis Kabwe and Eston Mulenga. His performances at Nkana caught the eye of Zambia national team coach Samuel ‘Zoom’ Ndhlovu leading to a call-up in 1992.[2]

In April 1993, Numba was among the Zambian squad under Godfrey ‘Ucar’ Chitalu that played agains Mauritius in Belle Vue Maurel, ending the match with Zambia winning 3-0 in the Africa Cup of Nations qualifiers. 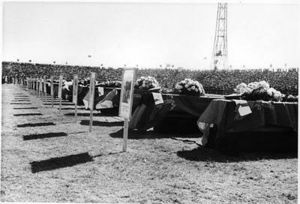 Late on the evening of April 27, 1993, the Zambian Air Force de Havilland Canada DHC-5D Buffalo (registration AF-319) carrying the Zambia national team crashed into the Atlantic Ocean about 500 metres (550 yards) offshore from Libreville, Gabon. All the 25 passengers and crew on board died in the crash. Numba was among the 18 Zambia national soccer team players who died in the crash. The team was flying to Dakar for FIFA World Cup Qualifier against Senegal.