Mulikita was born in Lusaka and went to Matero Boys Primary School in 1991. From 2000 to 2002 he did his secondary education at Monze and Mumbwa high schools. He further went to the National Institute of Public Administration to study Information Systems. In 2014 he studied photography with the New York Institute of Photography.

In 1995 while in fifth grade, Mulikita discovered his artistic talent and had all his artworks signed as JJArts. In 1996 he developed keen interest in computers and technology when he first used a computer, an IBM running on MS-Dos. With these skills, he was able to give computer training to the school administration at Mumbwa High School when they acquired their first computer in 2001.

During the same time, he also trained personnel at Kalilwe Resource Centre in Mumbwa.

After completing high school he made paintings and supplied the pieces to the Lusaka National Museum, lodges and individuals across Lusaka. At age 19 he taught computers to students at a teachers training college for two years.

In October 2006 he took up another teaching job at NorthGate Academy (then Sishemo Education Trust) in Lusaka where he taught computers to kids from first to seventh grade. He worked at the school till 2014. One of his pupils was Joseph Lusumpa, who later got inspired and become a photographer. 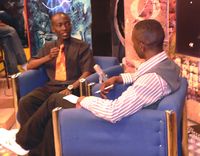 In 2006 he presented a technology TV segment called Internet Awareness on ZNBC TV's talk show, Smooth Talk. From 2009 to 2012, he worked as an IT consultant for the Governance Secretariat under the Ministry of Justice.

From 2012, Mulikita has been working as a part-time lecturer at the University of Zambia's Consultancy and Training Unit (CTU) offering website and graphics designing classes.

In 2003, Mulikita established his first Internet business Xtreme Zambia and offered web services such as website designing and hosting. The website also operated as an online directory and advertising platform for businesses.

In 2009 he streamlined the operations of the website, limiting it to only offer web services.

After years of photographing in school and at family events, he took up photography as a professional career in August 2011. The photography business inherited the name from his art label, JJArts.[5][1]

In 2016, Mulikita founded a non-profit organisation, Chalo Chatu Foundation, which runs the Chalo Chatu project — an online encyclopedia aimed at preserving the history and pride of Zambia.[4]

In a 2016 interview with QTV's Breakfast Show, Mulikita outlined his vision for Chalo Chatu: "As a country we haven't done so well in documenting our history. If you think about Zambian history, most of it is centered around independence as it was a big political and liberation movement that took place in 1964. But if you try to think and ask anyone about life before that, you will find that there is a blackout. Much of Zambia's history found in the public domain starts around the late 1950, but we know that there was life before that. So we are going as far back as possible to get this information as well as document what's happening in the present day."[4] 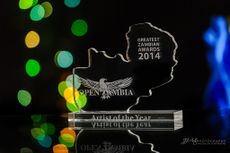