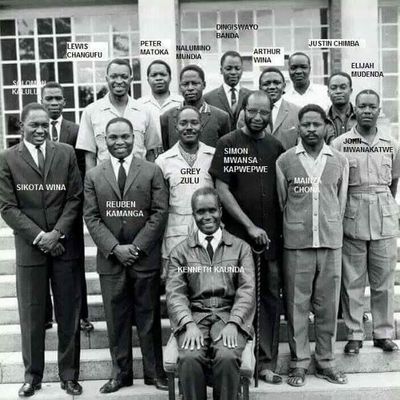 Dingiswayo H. Banda (died 11 October 2010) was a Zambian freedom fighter and veteran politician. He was part of the first Cabinet of Zambia in 1964.

Banda served in government as Minister of Housing and Social Development in the first Cabinet that was sworn-in in January of 1964 under Kenneth Kaunda's United National Independence Party (UNIP).[1]. He was later transferred to the Ministry of Transport and Works in 1966. He also served in the Ministry of Youth Co-operatives and Social Development before he was appointed Copperbelt minister.[2] During the one-party state, Banda also served as Member of Parliament for Mandevu and Lundazi Central constituencies.

In 1995, he parted company with Dr Kaunda when he vehemently opposed the former president’s move to come back to active politics.

In 1996, second Republican president Frederick Chiluba appointed Banda as Zambia’s High Commissioner to Zimbabwe, where he worked for seven years before the late President Levy Mwanawasa retired him 2003. He was also a member of the National Constitutional Conference (NCC).

Banda died on Monday 11 October 2010 around 08:30 hours at the University Teaching Hospital (UTH) after an illness.[2] President Rupiah Banda expressed sadness at the loss of Dingiswayo Banda who died on the same day as another prominent Zambian, George Cornhill.