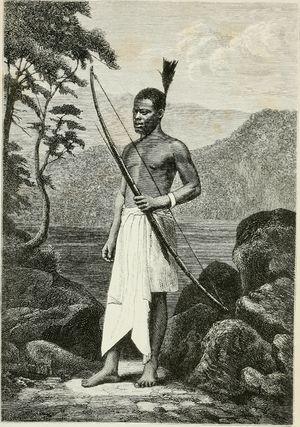 Chuma was released from slave traders and journeyed with Livingstone during his last nine years of travel.

Chuma and Susi were loyal servants of explorer David Livingstone.

Chuma and Susi came to attention after their employer Livingstone died at Chitambo's village (in modern day Zambia). They decided to carry his body all the way to Bagamoyo (on the coast of modern day Tanzania) where it was handed over to the British authorities and transported to London for burial.

Chuma was only a boy when Livingstone and Bishop Charles MacKenzie freed him from slavers in 1861.[1] From that day Livingstone became his only "family". He was from the Yao tribe, and probably came from present day Mozambique or Malawi.

Susi joined Livingstone at Chupanga in present day Mozambique when he was employed to cut wood on Livingstone's "Second Journey".[1]