Brian Mwale is a Zambian journalist with a bias toward business, economic and financial news. 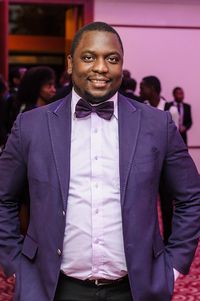 Brian Mwale at the launch of Maramentor in 2016 in Lusaka

Brian is currently working at the Zambia National Broadcasting Corporation which is a national broadcaster running two television channels and three radio stations. He has had a footprint on the globe having reported from various parts of Africa and Europe. Brian spent five years at Muvi Television, a private TV station in Zambia, where he commenced his career. During his time at MuviTV he underwent various trainings across the globe with institutions such as DW-Akademie, CFI, BBC and Thomson Reuters Foundation meant to strengthening his career base involving technical and administrative side of the broadcast industry.

He has won various awards and received a number of them as part of recognition of his works in society.