Hone was born in Salisbury (Harare), Southern Rhodesia, on 13 December 1911. After studying at Oxford University as a Rhodes Scholar, Hone entered the Colonial Service and served in Tanganyika Territory, the Seychelles, Palestine, British Honduras and Aden. Chief secretary to the Governor of Northern Rhodesia from 1957 to 1959, he himself became Governor in 1959. Quickly beginning talks with African nationalists, he developed a good working 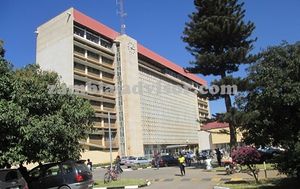 relationship with Kenneth Kaunda and helped pave the way to Northern Rhodesia gaining independence as Zambia in October 1964.[1]

The Evelyn Hone College in Lusaka was later named after him.[2] He died in September 1979.[3]