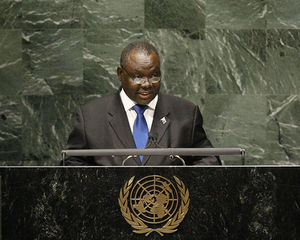 Kalombo Mwansa, Minister of Defense of the Republic of Zambia, addresses the general debate of the sixty-fifth session of the General Assembly on 27 September 2010