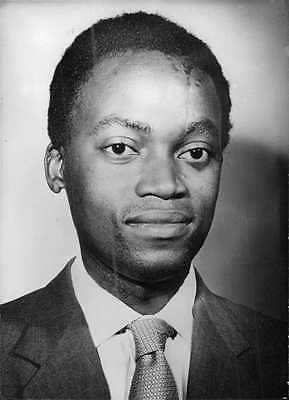 Mudenda was born in Macha, in the Choma District of Southern Province. He went to school at Munali Secondary School, Makerere University and the University of Fort Hare in South Africa where he earned a masters degree. He later obtained a BSc in agriculture at the University of Cambridge, UK.

On returning home, Mudenda worked as a research officer, specializing in plant breeding. He entered politics in 1962, and at independence, he was appointed Minister of Agriculture. Three years later, he became Minister of Finance. He was moved to Foreign Minister in 1969, where he also held a number of posts on international committees.

On May 27, 1975, President Kenneth Kaunda named Mudenda as the Prime Minister after Mainza Chona resigned. Mudenda was given the overall responsibility of running all of the ministries concerned with the economy in an attempt to stimulate non-mining sectors. He was removed as Prime Minister on July 20, 1977, and replaced by the same man who held the position two years earlier. He was a UNIP member of the central committee in charge of the party control commission when he retired from politics, after the party lost the 1991 general elections to the Movement for Multi-Party Democracy (MMD) Party.[1]

Mudenda served as patron of the Cuba-Zambia Friendship Association and was conferred the medal of friendship by Cuba through the Cuban Institute of Friendship with the Peoples in 2005.[3]

Mudenda died at Mina Medical Centre in Lusaka. Following his death, Mudenda was given a state funeral and was buried on 6 November 2008, at his Sun Valley farm, located in the New Kasama area of Lusaka. At the funeral, Kaunda, President Rupiah Banda, and former President Frederick Chiluba were present. Kaunda said on the occasion that Mudenda "had a vision for the development of this country. A vision for the development of Africa. Indeed, a vision for the advancement and prosperity of our beloved continent", and he stated that Mudenda would have a lasting legacy. Also speaking on the occasion, Education Minister Geoffrey Lungwangwa described Mudenda as a "humble but distinguished servant of the people" and said that Zambia was "grateful for his life and service to Zambia, Africa and the world.".[1]